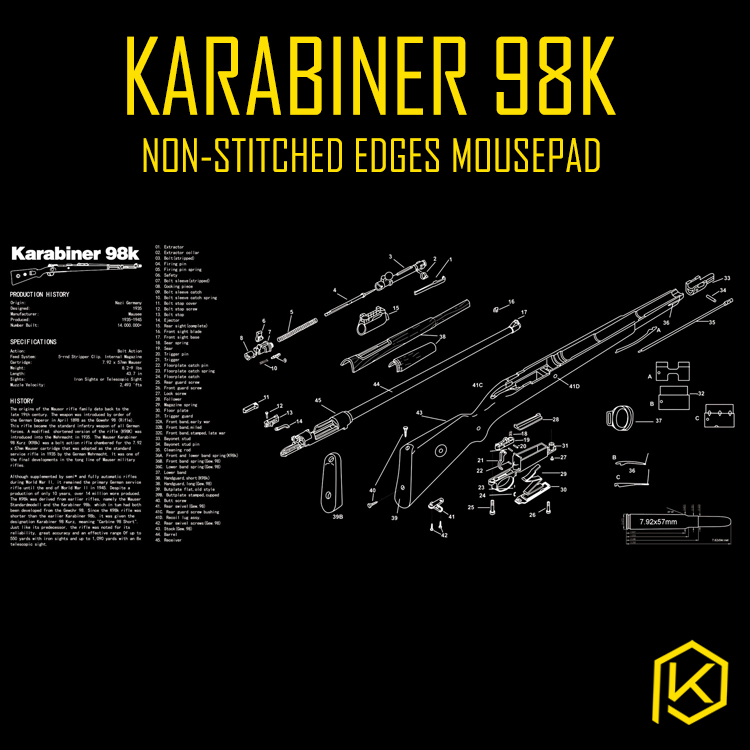 High quality Mousepad with Grip Material on the bottom
The Karabiner 98 kurz ([kaʀaˈbiːnɐ ˈaχtʊntnɔɪ̯ntsɪç kʊʁʦ]; "carbine 98 short", often abbreviated Kar98k or K98k) is a bolt-action rifle chambered for the 7.92×57mm Mauser cartridge that was adopted on 21 June 1935 as the standard service rifle by the German Wehrmacht. It was one of the final developments in the long line of Mauser military rifles. Although supplemented by semi- and fully automatic rifles during World War II, it remained the primary German service rifle until the end of the war in 1945. Millions were captured by the Soviets at the conclusion of World War II and were widely distributed as military aid. The Karabiner 98k therefore continues to appear in conflicts across the world as they are taken out of storage during times of strife. 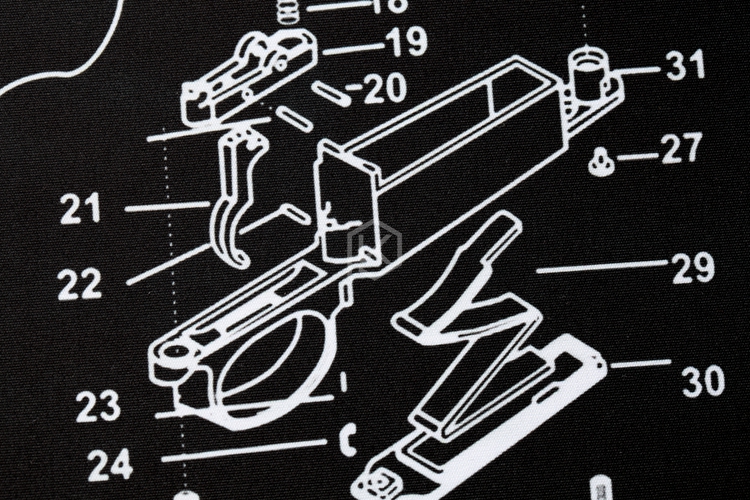 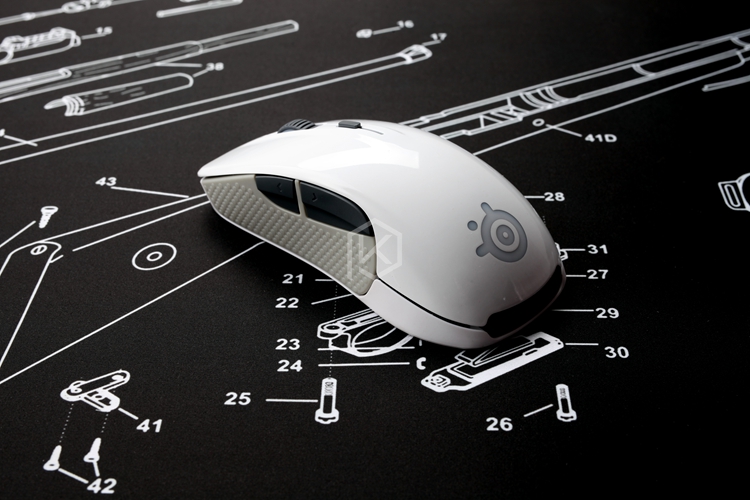